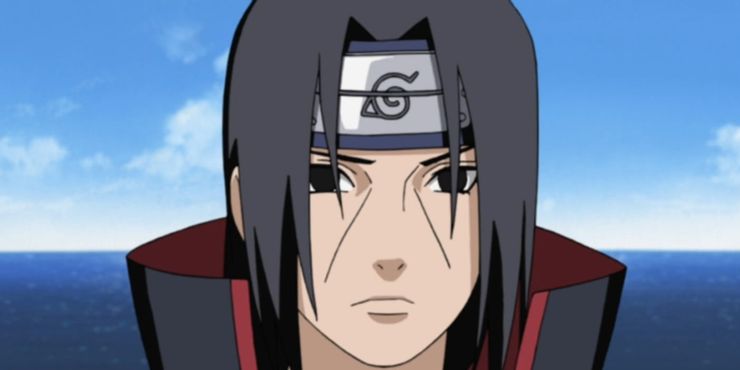 Naruto: Why Did Itachi Kill the Uchihas?

The Naruto anime took its time in revealing the truth about the events surrounding Itachi Uchiha's massacre of his own clan. Here's how it went down.

The Naruto anime took its time in revealing the truth about the events surrounding Itachi Uchiha's massacre of his own clan. As such, fans' feelings towards itachi have fluctuated as his character development progressed throughout the series. Let's unpack the events which led to the Uchiha massacre and why Itachi really killed his clan.

Before fans can understand the Uchihas' massacre, they need to first look into who Itachi is. As the firstborn child of the Uchiha clan leader, Itachi was born a powerful ninja, and many praised him as the best in his generation. He, however, witnessed many atrocities from an early age. One of the significant events to impress upon him was the Third Shinobi World War.

The horrors of the war led him to become a pacifist, and he set out to become the best ninja possible, hoping that he could, in the future, erase all fighting and conflict from the world. Itachi graduated early from the Academy for Shinobi and became the Anbu captain at age 11. Two years later, Itachi decided to massacre his entire clan, sparing only his younger brother.

What Events Led To Itachi Killing The Uchihas?

Since the Hidden Leaf Village's founding days, many were suspicious of the Uchiha clan. Madara Uchiha's revolt against the Konoha village continued to spark fear and mistrust into the hearts of many. The nine-tailed fox attack further cemented people's fears of the Uchiha clan, and the village advisors became wary.

With fears mounting, the village leader decided to restrict the Uchiha clan to the village's outskirts. This exclusion made the Uchihas furious. Itachi's father, the clan leader, entered his son into the Anbu black ops, where he began to spy on the village and other clans to attempt a coup. At this point, however, Itachi is already a spy for the village advisor Danzo. With his double-agent status, Itachi believed that he was aiding the cause for peace. Danzo believed that, if left unchecked, the Uchihas would incite another war.

Itachi informed Danzo of his family's coup plans, and Danzo manipulated Itachi into believing that the coup could not be stopped without bloodshed. He stole Shisui's eye, which led Itachi to become conflicted about who he could trust. Ultimately Danzo played on Itachi's trauma and naivete to manipulate him into killing the Uchiha clan. Itachi hoped to prevent another Shiboi war and the loss of many innocent lives.

RELATED:Naruto: Which Of The 3 Great Dojutsu Is The Most Useful?

Itachi led Sasuke, the brother he spared, on a course for revenge and vengeance. He believed only Sasuke could pass judgment on him for the massacre that he had committed, and wanted his brother Sasuke to get strong enough to slay him. Sasuke left the village and began his quest to become more powerful than Itachi to avenge his clan's deaths. This, in turn, led Naruto to go on his own quest to become more powerful and bring Sasuke back into the village.

The Uchiha massacre helped mold Sasuke, and in turn, Naruto into two of the most powerful Shinobi Konoha had ever seen. Sasuke went on to try and kill Itachi numerous times but continued to fail. The day came when Sasuke challenged Itachi and was strong enough to kill his brother. Sasuke ultimately learned the truth of his brother's motivation after killing him.

Apple fans are putting their new...